These opening lines from Charles Dicken’s classic “A Tale of Two Cities” perfectly summarise the rollercoaster which each one of us faced in the last 3 years during the pandemic. Every aspect of life, be it related to Survival, Profession, Career, Markets, or Economy has been impacted.

Restricting my discussion to economy and markets, interestingly both are currently at yet another inflection point. Markets are not new to a crisis, what is interesting is that it’s unique every time.

This time it is in form of: Ongoing Russia Ukraine War, Inflation, Higher Crude oil prices, increasing interest rates, impending food shortage scenarios, and so on.

While the crisis may be unique, Investors’ response or behavior in general during the crisis is similar every time. They dump stocks or companies during bad times and similarly rush to buy even by borrowing funds, during euphoric times.

Negative news gets more attention because of our tendency to give more weightage to negative news commonly known as Negativity Bias.

Let me take you three decades in the past and pick some events from the history in chronological order.

1990: The Nation witnessed the worst times since its independence. Arson, Terrorism, Separatist violence, insurgency along with higher Crude Oil prices due to Gulf War

1991: Economic crisis and the nation was on the brink of a sovereign default; The then Prime Minister was assassinated by a suicide bomber

1992: Communal riots across the country; currency depreciated by 50% in one year; Worst ever stock market scandal shook investor confidence.

Assuming you were an investor in the 1990s and you were exposed to the news narrated above, would you have invested in markets? The answer would have been NO in all probability.

During the same time as a nation, we were resilient trying to find ways to overcome the crisis.

1991: was the year when India launched a New Economic Policy, which was based on the Liberalisation, Privatisation, and Globalization (LPG) model.

1992: SEBI was formulated to protect the interests of investors in securities and promote, develop, and regulate the securities market.

1994: A leap of faith was taken when NSE introduced Electronic Trading when all the major exchanges in the world were on Ring Trading mode.

Your conviction to invest in markets would surely have been high if you were exposed to the positive news cited above.

There has been more than one instance in the last 30 years where we have come across both negative and positive news flows and as humans having negativity bias, we have overreacted to the negative news.

I chose to highlight events during the 1990s primarily for two reasons: As events in those years and policy decisions that were taken decided the fate of our nation and every new investor should know this fact, which is less talked about.

Now the important thing to note is Markets and the Economy will have their ups and downs. With more access to information due to social media, negative events will have larger coverage and reactions, and individual stocks may go bust or have performed worse than the overall index.

How can an investor neutralize or reduce the impact of news (noise) on his or her portfolio?

One way of doing this is by Investing in a Broader Market rather than any sector or stock. Certain Exchange Traded Funds replicate Market Indices like Nifty 50 and Sensex. For a new investor, identifying sectors and individual stocks which will outperform the market is difficult.

Indices, by default, cover the most active and liquid stocks in the market which are representative of the key sectors driving the economic growth of India. Over a period, weaker companies go out of Indices and are replaced by stronger ones.

If you belong to a category:

Then investing through Index Traded funds gives you that peace among the chaos.

Peace is not the absence of chaos or conflict, but rather finding yourself in the midst of that chaos and remaining calm in your heart.

Some more blogs from our experts:

Liked what you just read?
+1
5
+1
3
+1
0
Share this with your friends :)
Expert SeriesStock Market Investing

What is EPS in Share Market – EPS Meaning and Calculation 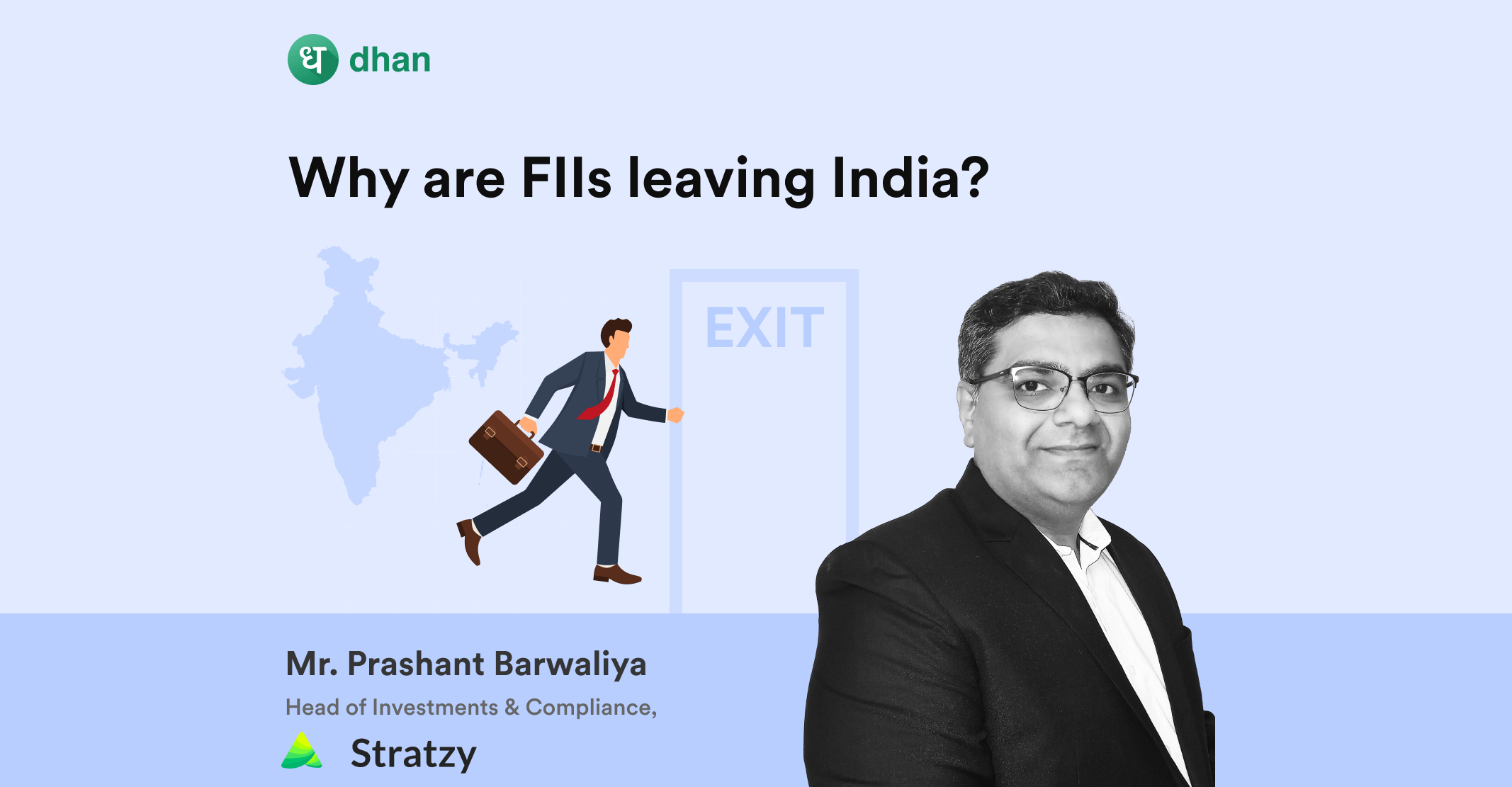 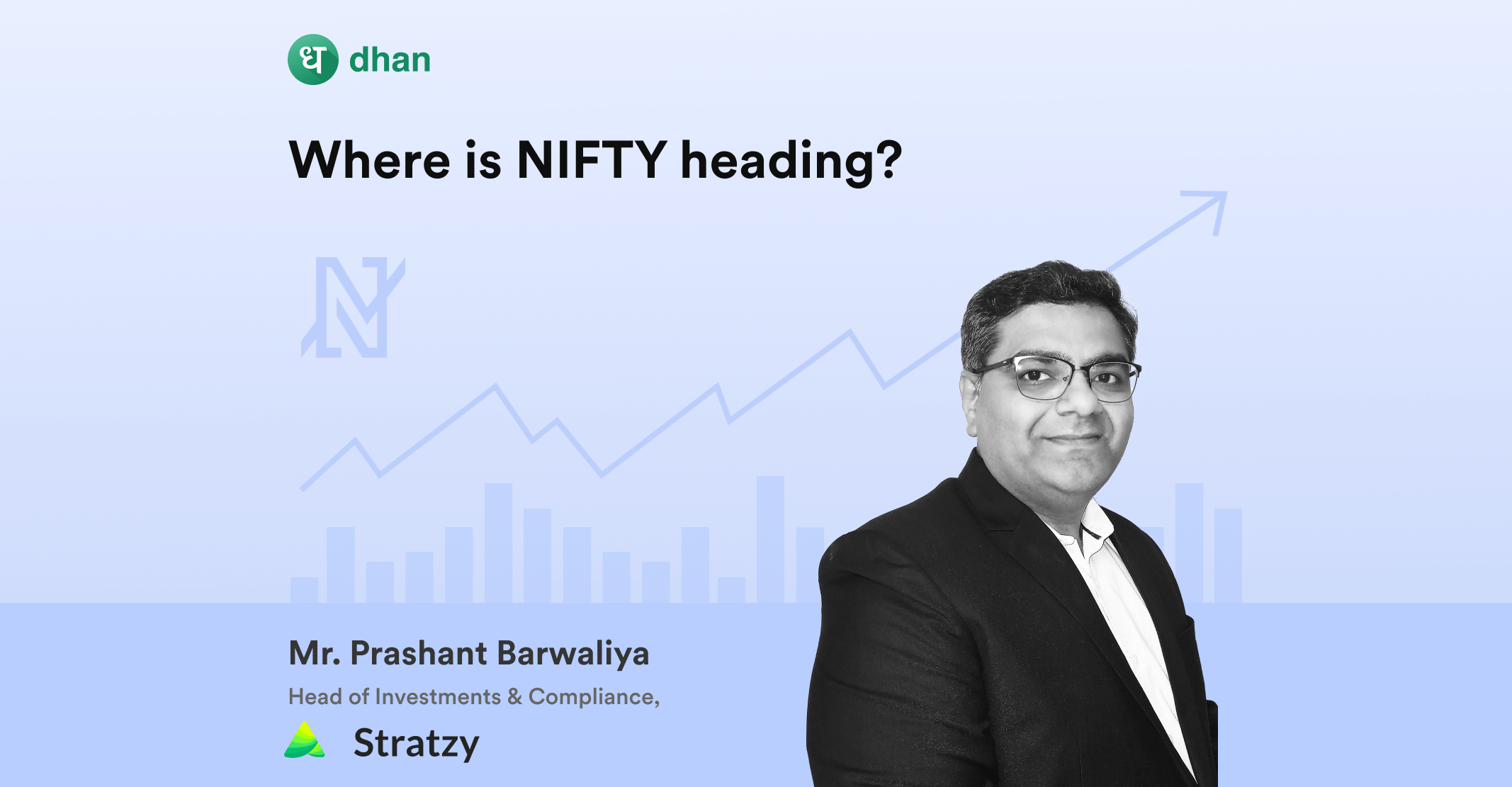 Where is NIFTY Heading? By Prashant Barwaliya